Abstract: In my experience, every nontrivial data science group is eventually stitched together with bug-ridden and unmaintainable internal tools. These tools — often a patchwork of Jupyter Notebooks and Flask apps — are difficult to build deploy and maintain, and don’t integrate well modern data objects, like sentiment data, models, and unstructured data.

I present Streamlit, the fastest way to build and share data apps, and one of the fastest growing data science frameworks in history. Streamlit allows data teams to build rich, interactive data tools in days not months. Two years since its inception, Streamlit has been downloaded almost 8M times, is used by over 40k data scientists. Streamlit apps will be viewed over 1.5M times this quarter and are deployed in over half the Fortune 50.

This talk will preview some of the latest new features in Streamlit, and Streamlit Cloud, and will finish with our deploying a machine learning model in the cloud so that others can see and interact with our results.

Bio: Adrien is co-founder and CEO of Streamlit. Previously, Dr. Treuille has been VP of Simulation Zoox, lead a Google X project, and was a Professor of Computer Science and Robotics at Carnegie Mellon. He gives talks around the world, including to the President's Council of Advisors on Science and Technology, and has won numerous scientific awards, including the MIT TR35. Adrien and his work have been featured in the documentaries "What Will the Future Be Like" by PBS/NOVA, and "Lo and Behold" by Werner Herzog. 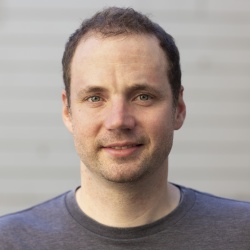