Abstract: The Transformer architecture has improved the performance of deep learning models in domains such as Computer Vision and Natural Language Processing. Together with better performance come larger model sizes. This imposes challenges to the memory wall of the current accelerator hardware such as GPU. It is never ideal to train large models such as Vision Transformer, BERT, and GPT on a single GPU or a single machine. There is an urgent demand to train models in a distributed environment. However, distributed training, especially model parallelism, often requires domain expertise in computer systems and architecture. It remains a challenge for AI researchers to implement complex distributed training solutions for their models.
In this tutorial, we introduce Colossal-AI, which is a unified parallel training system designed to seamlessly integrate different paradigms of parallelization techniques including data parallelism, pipeline parallelism, multiple tensor parallelism, and sequence parallelism. Colossal-AI aims to support the AI community to write distributed models in the same way as how they write models normally. This allows them to focus on developing the model architecture and separates the concerns of distributed training from the development process.

Session Outline:
1. Data/Pipeline/Tensor/Sequence Parallelism
Data parallelism is the most common way of parallelism due to its simplicity.
Pipeline parallelism splits the model by its layers, each device holding onto a portion of the layers.
Tensor parallelism shards tensors over an array of devices and requires a distributed matrix-matrix multiplication algorithm for arithmetic computation.
Sequence parallelism is a technique that enables long-sequence modeling by breaking the memory wall brought by the large sequence dimension.

2. Heterogeneous Memory Management
The methods above mainly tackle memory challenges brought on by the number of model parameters.

Bio: James Demmel is the Dr. Richard Carl Dehmel Distinguished Professor of Computer Science and Mathematics at the University of California at Berkeley, and former Chair of the EECS Dept. He also serves as Chief Strategy Officer for the start-up HPC-AI Tech, whose goal is to make large-scale machine learning much more efficient, with little programming effort required by users. Demmel’s research is in high performance computing, numerical linear algebra, and communication avoiding algorithms. He is known for his work on the widely used LAPACK and ScaLAPACK linear algebra libraries. He is a member of the National Academy of Sciences, National Academy of Engineering, and American Academy of Arts and Sciences; a Fellow of the AAAS, ACM, AMS, IEEE and SIAM; and winner of the IPDPS Charles Babbage Award, IEEE Computer Society Sidney Fernbach Award, the ACM Paris Kanellakis Award, the J. H. Wilkinson Prize in Numerical Analysis and Scientific Computing, and numerous best paper prizes. 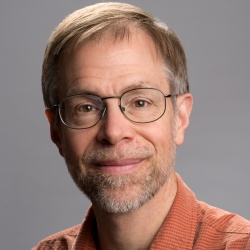